For a Patriots fan, the season crashed to an end yesterday in a dismal drubbing by arch-rival Buffalo. I have no problem with the Bills being is ascendency for a while. I have always liked them as a team, lamenting their four straight Super Bowls with no victories, one of the saddest records in professional sports if only because of the dire disappointment that each sequential loss caused.

This was a season overall that failed to capture my attention in a grand way. I still think this and last seasons (not just for the Pats) should have huge asterisks next to them because of COVID and the odd ebb and flow of teams and players. The Tennessee Titans were (are) the number one seed in the AFC – that should tell you everything you need to know about the year past.

After so many years of not just relevance but predominance by my team, it is disconcerting to have them as after-thoughts. Rebuilding was inevitable. Even if TB12 had stayed with the Pats, they were still going through vast changes in personnel, in coaching, even in philosophy. Brady’s last year with the team was a disappointment all around, especially after three Super Bowls appearances in four years before that. Despite how things look, Brady will not last forever and eventually the team would have been faced with the need to work in a new Quarterback, whether that be Mac Jones (who I think still has the potential to be very good or great if he listens to Belichek and Saban and not to his press) or someone else. The Pats were not terrible this year, except in the first and the last few games but they were so ordinary that the whole season felt like it was mired in doldrums from the start. In many ways, this was worse than the horrific Billy Sullivan days. At least those teams had a horror show comedy vibe about them. These Patriots teased with brilliance (they might have won two or three more games with a little football luck and better officiating) but more often they just, well, were. They just filled up one side of the field with little expectation of the great or the horrible. And that’s a side of our team that we have not seen in ages, perhaps never in its magnificent and checkered history. 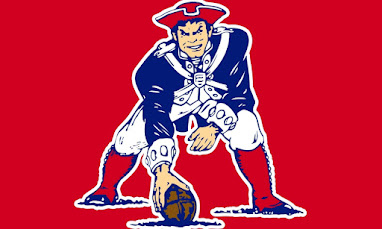 So where from here? Root for the usual suspects, I guess. Brady is still in play, so hope for an eighth SB win? Wish for Mahomes to regain his freebooting, swashbuckling form? Or perhaps side with a Cinderella? I have no resentment to the Bills as I’ve mentioned before and would not hate to see them win it all. How about those unlikely Titans or the Bengals?

There are teams whom I wholeheartedly will root against. The Cowboys of course – no pandemic or likeable quarterback (go, Dak!) can change that. The Packers have lost all semblance of sympathy in my eyes due to the arrogant boorishness of Rodgers. And despite upbringing and family ties, I still can’t bring myself to rally around the Steelers while Big Ben is behind center.

All of this (except of course the Cowboys) is subject to change.  If I can get the energy and excitement to even care about the playoffs. As I said at the beginning, the season is over. Who cares about the rest?