Another Super Bowl. I’ve seen them all, you know, some with more interest than others.

Although I can recall little about the first one in 1967 (not even called the Super Bowl then), I do remember my brother David’s incredible excitement. Somehow, he was a Green Bay fan – not sure how having been born in New York and lived part of his life in Pittsburgh. More than that, he was a huge football fan. He recognized the enormity of this event, even if the Networks and the rest of the world were unsure. To them, the AFL was just a start-up, after all. The Packers had won some enormous number of NFL championships in a row and should brush aside the upstarts. For many people, this game was little more than a curious exhibition – what the Pro Bowl is today.

Not for David, though. At the time of that first AFL-NFL match-up, we lived in New York, and he had followed with his curious avidity both the staid Giants and the upstart Jets (even then I gravitated towards the lowly Boston Patriots, probably in loyalty to my mother’s roots). He knew, knew in his heart, that the AFL was better than credited. He knew that the smart coaches that couldn’t break into the Old Boy’s Club that was the rank of NFL Head Coach were filling the younger league. He knew that the dash and flair of the AFL teams, with its goofy football and bright colors, overlay a revolution in the sport. Mostly, he knew the game would not be a lopsided folly. And it wasn’t – although Bart Starr and his Packers won handily, they had their hands full. David knew that this Super Bowl thing was going to be “something big!”

In 55 years, I have watched probably twenty Super Bowls sitting by my brother David’s side (along with my father if his beloved Steelers were playing). Many others I watched through continuous telephone conversations or at least a breathless phone call at the end (“What a game” or “What a crap game” his two favorite phrases). The last three years, of course, have been silent. I can tell you for whom David would have been rooting today. He never liked the Rams (although was a big Roman Gabriel fan). Too flash and flighty. There was something gritty about the Bengals that he always enjoyed. For him, it would have been Cincy all the way.

But even with no rooting interest he would have been glued to the TV as he had each year, calling to me to join him and saying, “Come watch this, Keith. It’s going to be something big!” 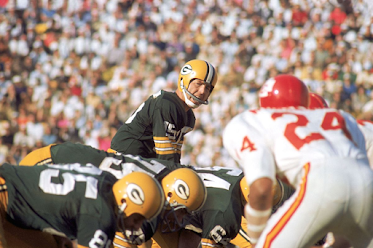