Today the world went collectively gaga over an accident of the calendar. On “Twos-day,” 2/22/22, the true superstitious underpinnings of our society were on full display. People got married in droves (“two-by-two” I guess), celebrated the births of auspicious children, and watched the clock in breathless fascination for 10:22 PM and 22 seconds (2222:22 by military time). Some even dug up old episodes of the benign sitcom “Room 222” to watch as a special occasion.

As calendar milestones go, Twos-day was fairly benign. No one to my knowledge thought the world was going to end, at least no more so than this crazy time already would have us believe. There were no cult watches or mass suicides as there were when the Mayan calendar supposedly ended (did those people panic in late December every year?) and no travel shutdowns for doomsday like at Y2K. There was no attempt to form a ritual linkage of all human arms as on the date of the Harmonic (dubbed by the less generous the “Moronic”) Convergence. All in good fun was this most recent of serendipitous palindrome days. But Twos-day does point to an innate superstition that even in modern society we cannot fully shake.

In the midst of Twos-day I went to the grocery store, stepping out with my bundles to encounter a woman in the midst of a sneezing fit. Two or three sneezes in, I was close enough to her to murmur, “Bless you.” She smiled her thanks and then sneezed again into the crook of her arm. Imagine approaching a total stranger at any other time and saying those words. In most places, you can’t even greet folks with a simple, “Good morning” without being rewarded with a suspicious xenophobic glare. But a sneeze gives all of us the right, the expectation even, to make an intensely personal wish. So ingrained is the habit (which is what superstition is) that we forget the meaning of the gesture. Granted, if I said to that woman, “Congratulations on expelling the evil demons in your head” I might have been treated to a far colder response.

I think it is important to look for the magical in such a mundane and muddied world as we live. Although a date like 2/22/22 is inevitable, it is nice to think that on one day at least there could be a release from the typical constraints of shopworn lives. Even if the release is only a bit of dark humor like the cartoon I saw of robots celebrating 2/22/2222 on a desolate landscape saying, “How the humans would have loved this!” Or a feeling that your wedding, your child, your birthday, or some other routine part of your life is somehow special because of the date on the calendar. 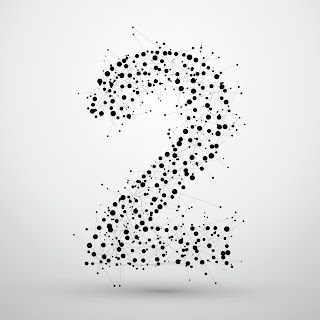