Everything That You Absolutely Have To Know (About Hyperbole)

There are thousands of figures of speech.  Almost everything that a person may say has a term to describe it, often of Greek derivation and known only to a handful of grammarians and rhetoricians, as well as high school students during their once in a lifetime pilgrimage to the shrine of proper English.  It is in turns impressive and insufferable to not only know terms like “anaphora” or “litotes” but also to be able to give clever little examples of their use, but it will not generate a lot of free beer at the local bar.
One figure is universal to all languages and to the human condition.  Hyperbole, the classic overstatement of exaggeration, can be found from our first declarations (“You never buy me candy!”) to our final breaths (“The rest is silence!”).  I think it is a very human response to pretend to expand our own importance in a world over which we have shockingly little control. 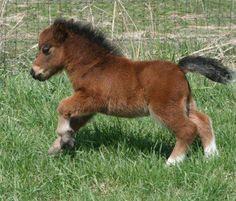 For most of us, our first awareness of the word, “hyperbole” comes in grammar class in the ninth or tenth grade.  The word sneaks in with all the other Greek mouthfuls that our instructors try in vain to teach us, but I think it lasts with many of us for two reasons.  First, it is the easiest to remember – a word that sounds well to describe something we all understand, making it almost unique among grammatical terms.  The second reason is that around the same time we learn the English class version, we are also taught a Mathematical variant.  Out of the morass of arcane geometric terms comes the “hyperbola” – a sort of crowning version of the boring arc of a parabola.  In fact both words are from the same Greek root, leading to even more confusion with the adjective “hyperbolic.”   For once we need to remember what class we are sitting in.
All crises pass.  Few of us have need for either of these words in our daily parlance.  We may see hyperbolae (the math variety) all around us but the only part of us that remembers what they

are called is the cringing shadow of our prepubescent memories.  We, as humans, exaggerate in a constant stream, but we only recall the Greek name for our bold expostulations if we are editing or trying to win a bet.

Which is a shame, really, because names do have power.  The act of identifying a statement as a figure of speech allows us to master it.  Not all paper tissues are Kleenex and realizing that we have experienced synecdoche reminds us that variety is the spice of life.  People who answer their own questions (“Where have all the flowers gone?  Young girls have picked them, every one.”) are not be shunned as crazy or arrogant, but recognized as devotees of hypophora.
No matter how bold or brazen the exaggeration, by exposing the hyperbole we can shrink the statement down to a manageable size.
I remember the first North Carolina State Fair that my son (then seven) and I attended.  The very concept of a State Fair is hyperbolic in its implication that the entire state is involved, but we’ll leave that point aside.  The midway is a sea of exaggeration, full of improbable and impossible promises – wonders of the world and never-before-seen treasures magically transported there just for our benefit.
We poised before the ticket booth below a sign boasting the World’s Smallest Horse.  My son read the words and looked up at me.  “Dad,” he asked, “how do they know?”
Hyperbole tamed.