Beyond the actual order to shelter, nothing should be mandatory in a time of duress. There should be no imposed deadlines or production levels except those goals we choose for ourselves (unless you are working from home or in remote learning, both of which we can write about later). As such, far be it from me to add to a “must-see” list or a “must-read” list.
I say it, but I think we would all benefit from using a small sliver of our time for reading or rereading certain classics. We might all read a bit of the Bible (our favorite stories, perhaps, or something lyrical like Song of Songs). We could sprinkle in a bit of Shakespeare (Lear seems a little heavy – maybe As You Like It or Two Gentlemen of Verona). A short story or two might suit our restless spirits (Fitzgerald’s “Bernice Bobs Her Hair” or a smattering of Damon Runyon?). Maybe a big box book like Michener or Dumas will soothe our soul.
There is one book I would strongly recommend in any setting, but especially in this moment of enforced isolation. In 1943, French airman Antoine de Saint-Exupery published his slender book The Little Prince. The plot is simple – an airman crash lands in the Sahara Desert where he encounters a young boy who has come down to earth from his own planet where he lives alone and tends a beloved flower. They journey across the desert to rescue (of a sort) while the Prince tells the tale of his journey to Earth. The book is gentle, tender, sad and inspiring all in one. It is also short enough that we might be able to complete it in one healthy sheltering binge. 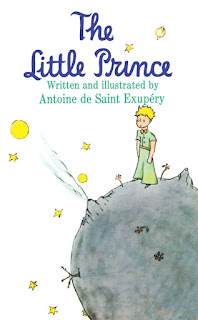 The reason The Little Prince speaks so eloquently to us now is that along his journey, the boy stops at a range of planets, each populated by a single resident. Among others, he encounters a King with no subjects, a vain man with no admirers, a lamplighter with no one to benefit from his light and so forth. Each planet denizen has a role to play but no context in which to play it. It is only on Earth where he meets the airman that the Prince finds someone who seems lost at first, but with enough direction to help the Prince reach his own goal, to return home. It is the sharing of purpose that propels both the Prince and his airman.
It might be easy during social distancing to identify ourselves as the various planet dwellers. There may be comfort in establishing and playing a role whether for anyone else’s benefit or not. But these kings and inventors and drunkards and lamplighters are not the heroes of the book. They are mere anecdotes along the journey. The true story lies with those who shape their purposes together.