Gestures Made and Unmade

In an earlier century there was the concept of the beau geste.    This was defined as a gesture made with no thought of reward or return.  It needed not be a thing of magnificence; just an action without fanfare that somehow made someone’s life a little better .  In the 1800’s it might involve stepping aside so that your brother could marry the girl.  In today’s parlance, it may be paying for the lunch of a soldier in uniform.
For a certain type of person there is pleasure in gestures of this sort.  Besides the satisfaction of knowing you have done a little something for someone – the “random act of kindness” – there is also a bittersweet pang in knowing that your gesture may never be discovered.  Sometimes humans like to feel the ache of being overlooked.   The longing hurt of unrequited love gives sweetness to the one that is consummated.
There is another kind of gesture that can fill the heart with longing.  It is the gesture unmade.  I think that many humans have generous souls but the realities of life may force us to avoid showing them either from inconvenience or from diffidence. 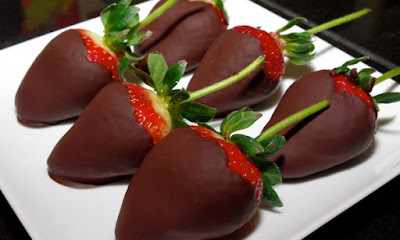 The other day, just before Valentine’s, I had given in to the temptation of buying a dozen succulent chocolate-dipped strawberries for my wife.  Now she loves chocolate and strawberries, but no one needs twelve of the delightful confections.  On the way home from the store, I walked near to but not quite past a bus stop where two homeless people were sitting in conversation.  It was a beautiful day and they seemed content – pleasantly wiling away their shared destitution.  My heart sang out to me to share my candies with them.  What were two strawberries to us?  But what a sweet, simple and pleasant gesture it would have been – a true beau geste.
I didn’t do it.  Shyness and the untimely arrival of a bus stole my organic opportunity and if I had doubled back to them, the action would have felt forced and unnatural.  But those were just excuses.  The gesture died unmade and I regretted its passing.
Literature is full of examples of the gesture made, but I think the unmade one is at once more dramatic and more poignant.  Does the actor rue his lack of action?  When a word would have saved his friend, does Henry II regret not saying it in Jean Anouilh’s Becket?   Does Scrooge’s regret over not showing small kindness to Bob Cratchit lead to his ultimate reclamation in Dickens’s A Christmas Carol?
I am writing a book in which a business executive is seeing some of his labor force come to despair.  The executive is haughty and arrogant but not without heart.
“While most workers continued to thrive, a percentage simply dropped out.  They would arrive at work one day and simply stop functioning.  The lost souls were politely and gently turned out the door.  The corporation continued to issue paychecks in their names but what the fate of the checks or the workers was no one could say.  Nicholson would see them sometimes standing forlornly at the factory wall, but he always left them alone in their misery.  How often he wondered if a single word from him would have made a difference.”
Will this pang of ill-defined remorse lead to a rescue?  The plot is still unfurling in my head.
In real life, I urge you to give away your strawberries, for the good of others if not for your own peace of mind.  But reserve the gesture unmade perhaps for the good of the story you are telling.